The news nowadays is flooded with the stories how drugs and heavy metals are polluting the drinking water. In one of the news broadcasted a year back, the investigation stated that a vast amount of pharmaceuticals were found in the drinking water which mainly included anti-convulsants, antibiotics and many more drugs and heavy metals. A huge number of people have been drinking this water thinking it to be safe without any idea how deadly the water has become. The regular intake of antibiotics will increase your resistance to antibiotics and later they will be of no use and a simple fever can turn out to fatal.

The question arises- What can be done to avoid ingesting such drugs with the water?

1. Buy water from a recognized packag 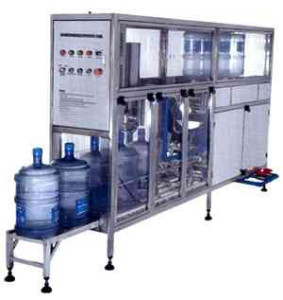 Those who travel a lot and it is hard for them to settle down at once place, the first option of buying packaged water bottles is the most practical. Water carries various microorganisms too which are responsible for stomach upsets and pain. When you buy treated water you eliminate the chance of unintentionally ingesting these microorganisms. The bottled waters are tested and then only released for public consumption guaranteeing you that they are safe and pure for quenching your thirst.

For those who are settled in one place, they can easily install the water purifier system. The advanced systems can easily extract the microorganisms and dissolved drugs as well as heavy metals out of the water to provide safe and healthy drinking water. Extra care should be taken if the water is being fed to a baby; they are more susceptible to diseases.You are responsible for your own health thus, choose wisely.